A Road to Momoyama Imperial Mausoleum

Kyoto, so to speak, reaches directly to Nara by way of the Yamato Road. However, in ancient ages, they went to Nara, after getting across mountains and stopping by Uji. It was because people could not get through the enormous lake called Ogura-ike.
When the Emperor Meiji was passing along this road, he admired the shape of the mountain and wished it to be a mausoleum. As a result, the mountain has become a mausoleum. Since nobody touches the Emperors’ mausoleum, it remains as it is.
Earlier, it was Fushimi castle. It was a road ancient people had walked, and subsequently, Hideyoshi had his eyes on it.
Osaka can be commanded from its top. Since it is a base for the entry to Kyoto, if a castle is constructed here, the entry to Kyoto can be protected. Therefore, in consideration of river distribution for the Uji river, Hideyoshi constructed a castle here. Hideyoshi was an expert of civil engineering work. Tokugawa took over it after the Battle of Sekigahara. Accordingly, the names of the castle town are apparent in this periphery. For example, Mikawa-machi, Kagayashiki and suchlike. It became an abandoned castle in the Edo era and was called Fushimiyama. As some people planted peach trees there in Edo era, it became Momoyama.
On the opposite side of the Emperor’s Mausoleum is the Empress’ Mausoleum. The prayer-offering road is used by people in this neighborhood for taking strolls.. However, it is hard unless you have physical strength. There is a considerable distance.
About half of the route is primary forest. After ascending 260 steps of the stair, there is a large keyhole-shaped tomb mound and a shrine gate. After getting across the mountain, there also is a park over there. You may take an excursion around the whole eight kilometers in length.
Children in this periphery exercise their feet and hips. Taruho Inagaki was born in this neighborhood. Greenery is very abundant. People rarely come here for tourism, unless they are very special. There used to be an active water spring in the past, though it cannot be seen these days.

dye artist. Fifth generation of the Somenotsukasa Yoshioka. Took part in dyeing for traditional events at Todaiji temple, Horyuji temple, Yakushiji temple and Isejingu shrine and carried out reproduction works for gigaku (ancient masked drama) costumes, Tsukurihana (artificial flowers), flags (banners) and so forth. Among his writings: Color Dictionary of Japan (Shikosha); “Colors Japanese have Loved (Shinchosha),” and many others. 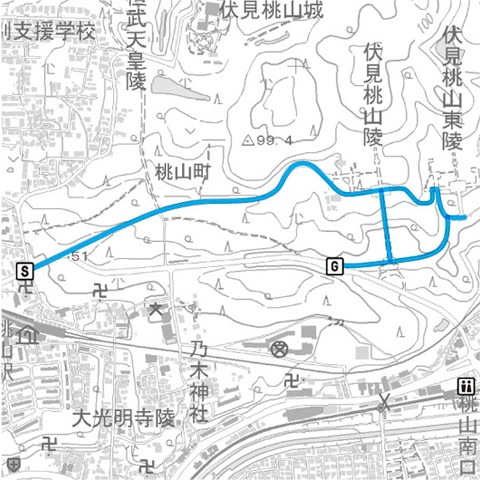