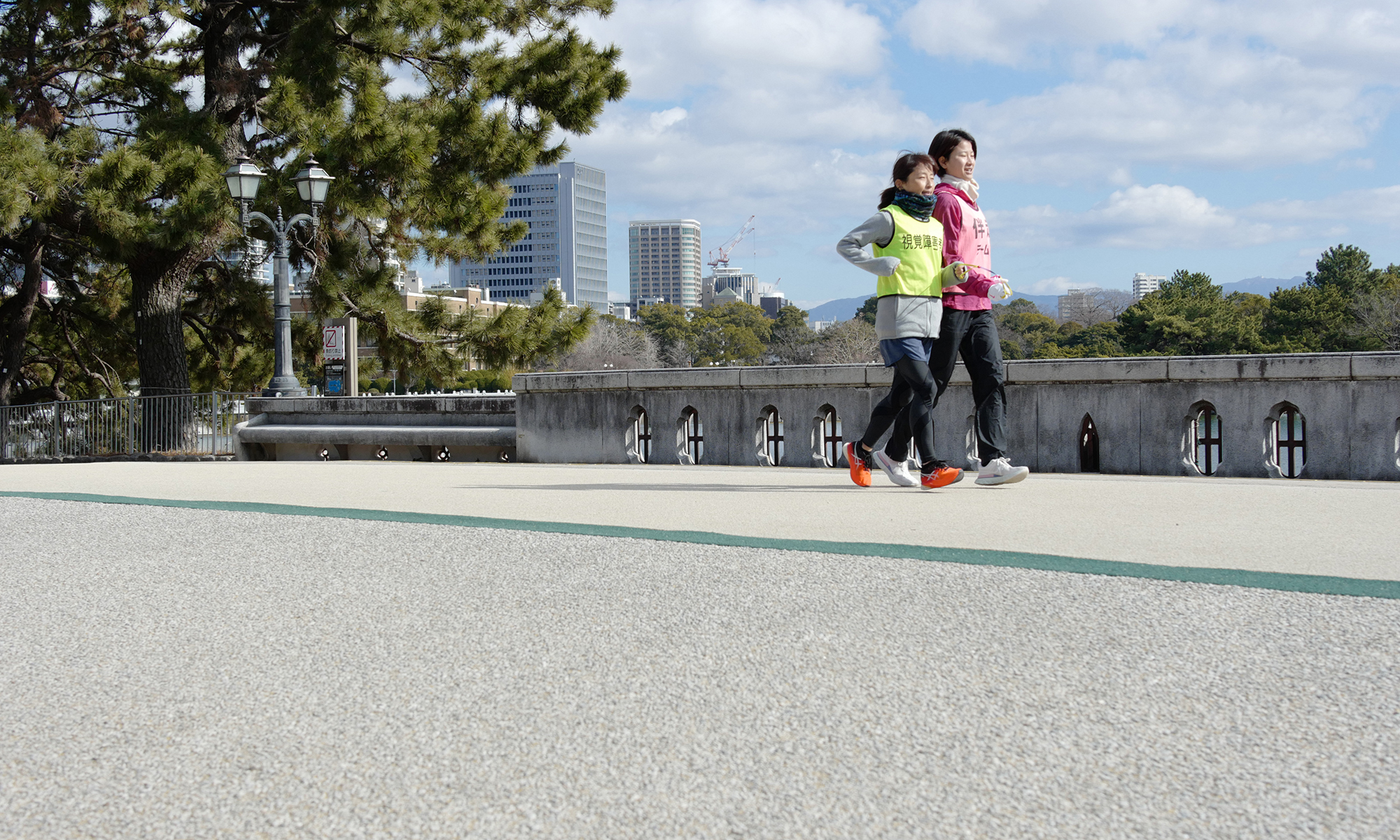 Thanks again for all the support today. 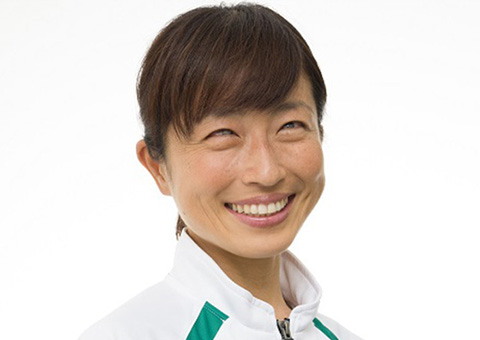 I can’t see much of the scenery, but I try to think of all the sounds I hear while running as my support. Sometimes I practice really hard, so I try to bring something positive to those times.

When I hear crows cawing, I think, “The crows are cheering me on today,” or when I hear birds chirping, I say in my head, “Thanks for all the support today,” as I run. Cicadas in summer chirp so loudly, don’t they? They are cheering so loudly!

I try to express my gratitude as much as I can for such cheering by saying thank you for always letting me run.

Born in 1977. Lost sight in her right eye when she was in the second grade of junior high school, and at the age of 25, developed an intractable disease of unknown cause in his left eye, which was later identified as “colloid trophoblastic corneal dystrophy”.

In 2003, she entered a school for the blind, and while enrolled at the school, she discovered athletics. She first started running to lose weight, but in 2008, she challenged a full marathon.

Since then, she has participated in numerous marathons under the mottos of “never give up” and “take on challenges.” In 2016, she joined Mitsui Sumitomo Insurance and participated in numerous marathons, including the Hofu Yomiuri Marathon and the Beppu Oita Mainichi Marathon. In 2017, she set the world record for the women’s visually impaired marathon, which she has since broken twice. She won the gold medal in the women’s visually impaired marathon at the 2021 Tokyo Olympics.

Her favorite meal is “eel” and her favorite food is “karaage. Her strength lies in “Team Michishita,” which supports her in training and cheering her on. There are more than 100 members. Whenever she has an important race, she always brings a small flag given to her by a team member.